The Jones family are well known for days/nights of music, songs and the craic' and in 2013 we had another fantastic get together with friends, family and neighbours. Frustrated by the lack of traditional music opportunities and arts programming in Wigtownshire, combined with a desire to engage more people in traditional music learning, composing and performing, it was at events like this that the idea to create a music festival began to take shape. 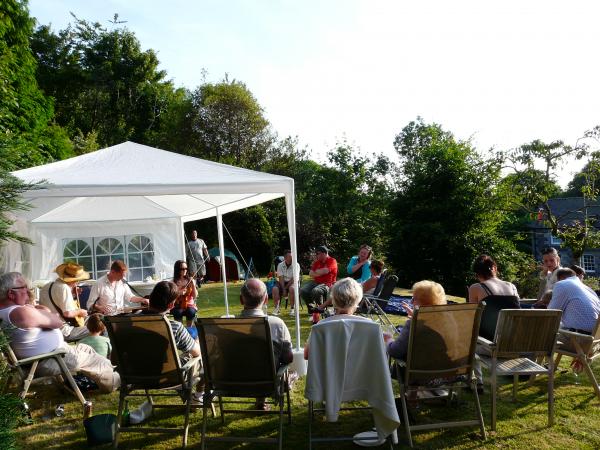 A beautiful, hot, sunny Summer's day in glorious Dumfries & Galloway being enjoyed by friends, family and neighbours with outdoor music, BBQ, camping for the children and, when the sun had set, us all retiring to the Summer room where the music and songs continued late into the night.

The 8th annual Newton Stewart & Minnigaff Traditional Music & Dance Festival will take place over the 8th-10th July 2022 and plans are already underway for a HUGE comeback event featuring, as ever, the very best in traditional music. We're delighted that the Damien O'Kane & Ron Block Band, Sarah Markey Band and Gráinne Brady are already confirmed and thrilled to also announce Irish fiddler player Megan Nic Fhionnghaile! It's going to be an incredible weekend, not to be missed.